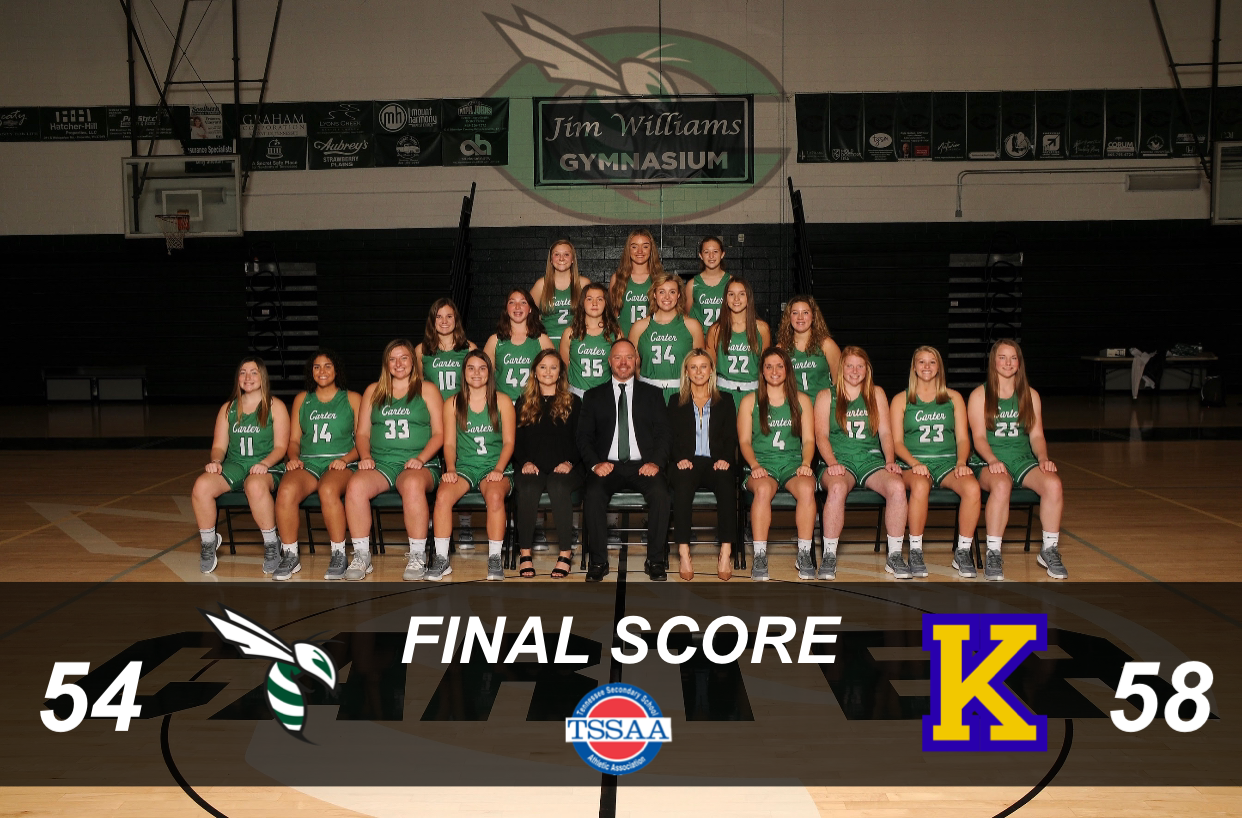 The Lady Hornets fell short to the Karns Lady Beavers on senior night, losing 58-54. Carter started slow, going down 15-8 at the end of the first quarter. In spite of this deficit, the Lady Hornets fought back to take a 26-24 lead heading into halftime. The game stayed close throughout the rest of the game, but Carter gave up a lead late in the fourth quarter after a foul on an attempted three-point shot. Karns made the go-ahead free throws to go up with 10 seconds left. Carter won the battle of the boards 39-27 with 17 offensive rebounds. The Lady Hornets were off the mark beyond the perimeter, shooting 3 of 21 from three. Guard Sydney Hurst poured in half of the Lady Hornet’s points with 27 points on 9 of 20 shooting, followed by Emily Irwin with a double-double; 19 points and 10 rebounds. The Lady Beavers were led by Anna Kate Reichter, posting 22 points on 47% shooting. The Lady Hornets look to get back to .500 tomorrow night at Seymour.
——
Article Written by Carter High School Student Reporter: Corbin Thomas